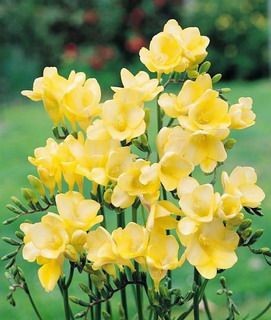 “Here, smell these” said my wife, handing me a bouquet of freshly picked Freesias. I inhaled deeply, but experienced no olfactory sensation. Just a couple of weeks earlier I was savoring the Summersweet that graces my front steps, and earlier in the season my daily walk brought me past purple lilacs that had a most seductive impact. In other words, there’s nothing wrong with my overall smelling mechanism, but the Freesias somehow did not engage me.  This suggests that such things are more than just a matter of taste or conditioning.  Perhaps it’s a brain chemistry thing.

I recall a situation (decades ago) when my day job involved a large room and lots of cubes. The employees had something of a free hand in how things worked, so we decided at one point to allow people to play recorded music in the room. There was a cassette player, and folks would bring in mostly Top 40 compilations. As it turned out, this was in the 1980’s, so the experience was not that nourishing. One day I decided to put in a tape of The Chieftains. I knew that most people in the room were probably not aware of  their music, but I was so enamored of it myself that I was sure once they actually heard it, they would share my enthusiasm. I don’t recall that there were any direct complaints, but I could tell that it was a lead balloon, and not a Led Zeppelin , situation.

Clearly a large part of appreciating is cultural familiarity. But perhaps on some level each of us has (or does not have) biological or neurological components that affect our ability to experience certain kinds of music positively.  It’s a curious concept which is best debated by scientists, or over a few brews in the local pub, probably with the same conclusions.

It is probably safe to say that folk music (which, when you really explore it, is comprised of dozens of sub-genres) appeals to a modest percentage (a wild guess of 5%) of the population. Is this a decline?

A 1966 Harris Survey polled the popularity of several musical genres: symphony and classical; folk; country; mood music; spirituals; rock and roll; rhythm and blues; Latin-American music; opera; and folk rock. Note that the word “folk” appears twice. We weren’t able to locate the complete survey, so we don’t know how folk fared, but we do know that rock and roll was disliked by 44% of respondents, the runner up being opera, with 17% claiming to dislike it. A recent Pew Research Center survey shows rock now to be the favored genre, with 35% saying they often listen to it, and 30% saying sometimes. The other genres that featured in this survey were country, R&B, Hip Hop, Classical, Jazz, and Salsa. No mention of folk music.

Let’s jump back to the early 1960’s. Folk music was practically mainstream. At the end of 1962 ABC TV started a half-hour folk music show called Hootenanny. Filmed on different college campuses, it featured musicians like Johnny Cash, Judy Collins, The Brothers Four, and even the Smothers Brothers. The show quickly became popular enough to warrant an hour of air time. It garnered some controversy by refusing to hire Pete Seeger and other musicians who had been blacklisted for left wing affiliations. Eventually the producers changed their mind, but Seeger did not choose to accept the invitation. However, he encouraged others who had boycotted in support to participate in the show, to help advance the music.

Hootenanny was slated for a a vigorous third season, but then our country was hit by a bunch of Brits who had found inspiration in American country, blues, and R&B, and had figured out a way to sell it back to us. Rock and Roll would never be the same, and neither would folk music. Some of it melted into Folk-Rock, and the rest became, if not obscure, gradually less popular.

Several things have occurred in the intervening decades. Technology has brought the folk music of cultures from all over the world to more or less universal accessibility. Meanwhile, those musical traditions are being influenced by other genres, notably jazz and rock and roll, which of course has its origins in African musical traditions of long ago. Musical genres, like cooking these days, are respectful of their heritage, but often are some kind of multi-cultural stew. Even the aforementioned Chieftains are working on something they call the “Celtic-Mexican Connection”.

The first MFS concert of the fall season is with Off The Cuff. This is a local band that is actually a very good example of what we’ve just written about: they synergize folk, jazz, swing, blues, rock, country, and world music. They’ll be playing in the Nelson Town Hall on Saturday, September 26th. And if you think that they look like a bunch of retired hippies, well, they probably won’t be offended.

Later in the season we are pleased to welcome back Troy MacGillvray (October 25), an  outstanding fiddler from Nova Scotia who is bringing Scottish music to new levels.  And on November 13th we are thrilled to be presenting singer/songwriter extraordinaire, Cosy Sheridan.  A quick peak into December: on the 11th it’s Nowell Sing We Clear (in Dublin) and on the 19th, the inevitable Nelson Solstice Party, in all its sanctity and foolishness.

Meanwhile, about those Freesias – I still can’t smell them, but they are lovely to look at.