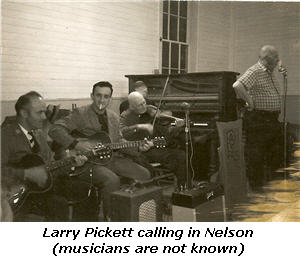 It’s 1967, I’m 7 years old, dancing Money Musk with my father at the Nelson Town Hall. Newt Tolman plays the tune on his flute. The air is filled with music and dust. I’m in a whirl of confusion as the lines churn around me, I’m not sure where to go, but everyone is smiling and happy so I keep moving. When we finish, my god-mother, Bonnie Allen (now known in these parts as Bonnie Riley), tells me that Money Musk is her favorite dance. It’s a refrain I will hear from her often over the next 40 years.

Why were we dancing in the Nelson hall on a warm summer evening that year? The answer is that my parents walked two independent paths that led them here. My father, born in Germany, grew up as a Quaker in Wisconsin. He attended work camps in the mid-west where square dancing was popular, and he learned to call a few dances, notably Red River Gal. During college in the early 1950s, he worked at the Farm and Wilderness camps in central Vermont and discovered contra dancing. 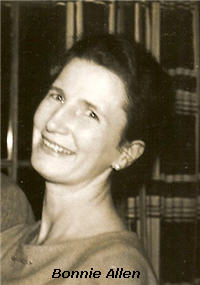 My mother was born in Manhattan and met Bonnie during high school, where Bonnie taught the modern dance program. She also developed a summer program that took place at the Dublin School. Every summer, about a dozen New York ingénues would follow Bonnie to the Monadnock Region for a few weeks. After their intensive program in modern dance and choreography, Bonnie would load them into vehicles and head to the local Saturday dance. They went to Fitzwilliam, Dublin, Peterborough and Nelson. The sight of these New York debutantes, lovely and tan from weeks of dancing outdoors, must have made quite an impression on the local gentlemen.

Bonnie made the transition from “Summer Person” to year-rounder in about 1960, building a house on land above Lake Nubanusit. Except for a two-year stint in Nigeria, where among other activities, she used Ralph Page records to teach contra dancing to her local African community, she’s been in New Hampshire ever since.

When my parents met in college, their common background in New England dance was one of the attractions. My parents often traveled to Nelson to visit Bonnie, and my father grew to share my mother’s affection for the Monadnock region. We came to visit most summers of my childhood, and once I became independent, I continued to come back to Nelson for a summer visit and a summer dance as often as I could. Nelson, in fact, has a long tradition of “Summer People” but there has been a surprising consistency over the years. In some of the local cottages, you’ll find the 4th or 5th generation of summer renters. I am not the only summer kid who grew to love the dancing and the town.

In my own travels, I even came to play a small part in the expanding diaspora of contra dance. Like Fred Bruenig, Dillon Bustin, and many others, when I left the east I missed dancing so much that I felt compelled to start a new dance. Thus, when I moved to Boise, Idaho in 1994, I took on the challenge of helping to found a new dance there, which continues to this day. 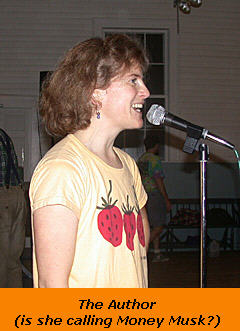 When I decided to leave the western US in 2002, Bonnie kindly allowed me to make an extended visit while I tried to figure out what to do next. I attended the Monday night dance for a few weeks and then decided to go ahead and bug Don Primrose to find out if I could call a few dances. Luckily, he said yes.

I didn’t even have a place to live yet, but I realized that I’d found a home with the Nelson dance. I soon moved into Harvey Tolman’s upstairs apartment, and after a year moved up the road to the old Wertenbaker place, which is less than a half mile from Bonnie’s home.

I visit with my god-mother regularly, and she often asks, “Did they dance Money Musk on Monday”? As any of the local kids who now frequent the Nelson dance could tell you, the answer is “Yes”. Those kids will grow up, and perhaps a few will eventually make their way back to Nelson. When they do, I expect they’ll find Money Musk, and the dancing tradition, to be going strong.