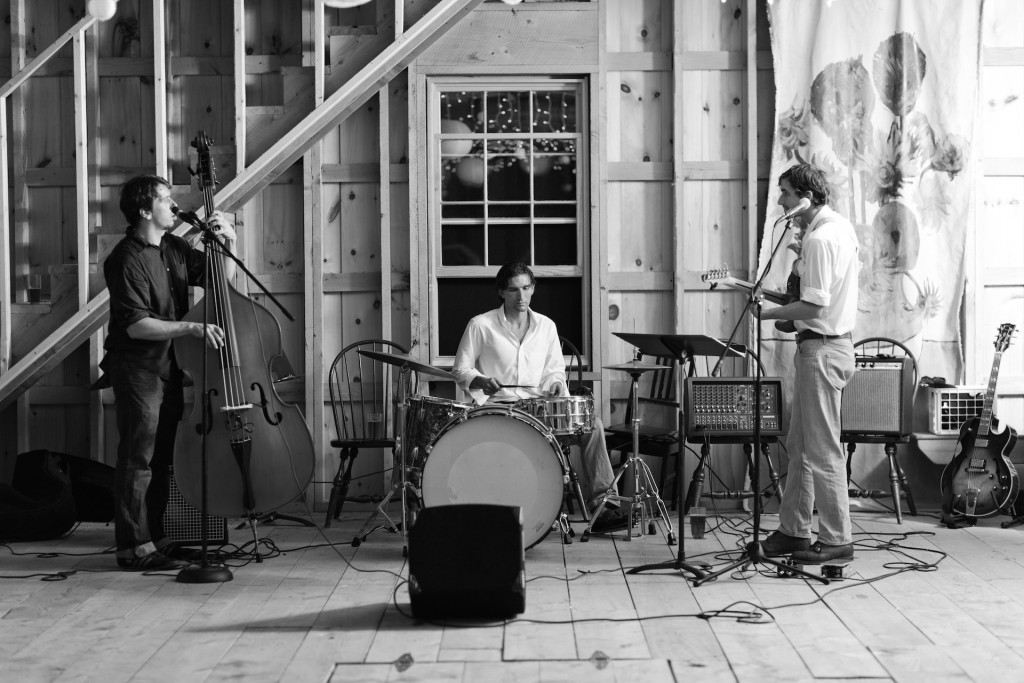 Michael Roberts and Wooden Dinosaur return to our stages on Friday, March 4 at 8:00 PM at the Fountain Arts Building on the Dublin School campus. We’ve been trying to get together on this concert for over a year and now it’s finally happening! Yahoo! Admission is $12/$9 (Sr/Jr).

Wooden Dinosaur is the songwriting project of Vermont singer, guitarist and bandleader Michael Roberts. Roberts is currently working on a new album that will be released in spring 2016.

Throughout the project’s 10+-year career, Roberts and his collaborators have explored the back roads of American music from throughout the last century, creating a fearless blend of old time fiddle music, country soul, rock n roll, Dixieland jazz, and delta blues. Roberts has produced five solo albums under the name, and with his band, two EPs and two full-length albums.

Wooden Dinosaur’s upcoming release will be its most cohesive and fully realized to date. The songs were inspired by the rural writing of Wendell Berry, John Berger, and Wallace Stegner, as well as early “Americana” albums by Ry Cooder, The Band and Jackson Browne.

For our Monadnock Folklore Society concert, Roberts, along with hometown boy Jeffrey Murphy on bass and Frank Roberts on drums will preview songs from their upcoming release, in addition to songs from their growing catalog of original works.

“Wooden Dinosaur makes the kind of simple, stripped-down music that leaves you feeling nostalgic and longing for more.”