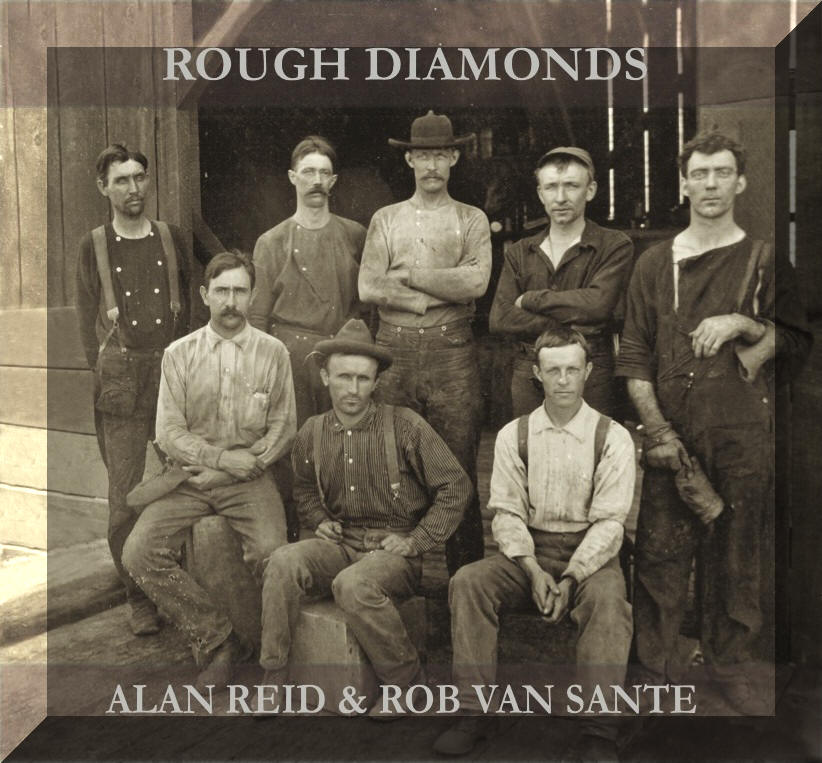 Join us Saturday, October 22 at 8:00 PM at the Nelson Town Hall for an evening Scottish music with Alan Reid and Rob van Sante. Admission is $15/$12(Senior/Student).

Alan Reid and Rob van Sante present a lively show rooted in the music of Scotland, its rich history and varied landscape providing much of the inspiration for their material. Seamless harmonies underpinned by sensitive arrangements on piano, guitars and accordion are topped by an engaging delivery peppered with dry humour and pithy anecdotes. Their latest album, ‘Rough Diamonds’, is currently showcasing on their regular tours of North America and and Europe.

ALAN was a vital member of celebrated Scottish folk group Battlefield Band from 1969 till 2010. He helped cement the band’s international reputation with his story-style songwriting and sensitive renditions of traditional song. From achingly beautiful ballads to a musical cycle on the Scots born American naval hero John Paul Jones Alan has gained a reputation for songs strong in melody and historical content.

He was nominated at the 2009 Scots Traditions Awards in the ‘Composer of the Year’ category and contributed to Linn Records’ mammoth 12 CD recording of the entire Robert Burns song catalogue. His writing featured in the National Theatre of Scotland’s 2014 production of the musical ‘The Glasgow Girls’ while his singing and speaking talents were utilised in ‘The Life and Times of Scrooge’, a solo album of Finnish rock star Tuomas Holopainen of metal band ‘Nightwish’.

ROB, born in Holland, has lived most of his life in the north of England. Steeped in music from an early age (his mother was a piano playing child prodigy) guitar has always been Rob’s favoured instrument. He was initially attracted to rock and blues as a teenager but it was in England that he discovered a love of folk music. Rob is well known in the English folk scene, playing with a host of folk luminaries and recording many of them in his home studio.

In 2014 he recorded, produced and engineered the latest album of veteran songwriter John Connoly (writer of the ever popular ‘Fiddler’s Green’). Rob gigs with John whenever he can.