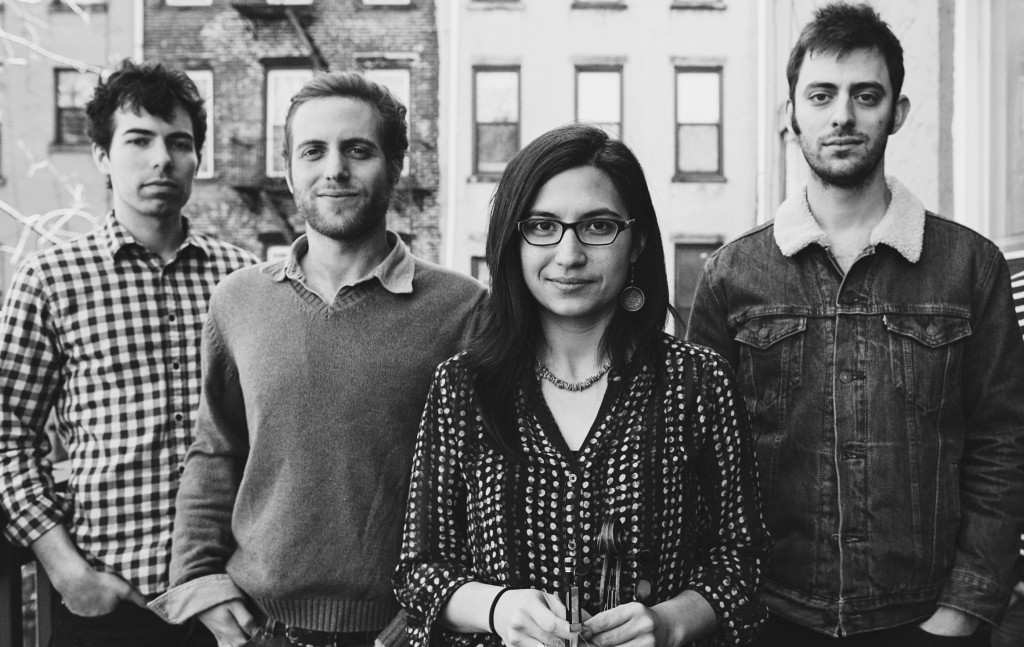 Bluegrass comes to the Nelson Town Hall on Thursday, November 17! Join us for this NYC band’s unique brand of music blending the songwriter’s voice and the pulse of a string band. The concert starts at 7:30 pm, admission is $15/$12(Sr/Jr)

Cricket Tell the Weather takes a genuine approach that is, at once, simple and sophisticated — a style that reflects Asprelli’s own aesthetics. The daughter of two Classical musicians, Asprelli only began her foray into fiddle music in her twenties, after becoming inspired by New England’s small but fiery bluegrass communities. Her voice as a songwriter came through in 2011, when she was awarded 1st place in the Podunk Bluegrass Songwriting Competition for her co-written song, “Remington.” Cricket first came into the regional spotlight as a Falcon Ridge Folk Festival Emerging Artist and as winners of the Fresh Grass Award in 2013.

Cricket’s sophomore album Tell the Story Right weaves contemporary sounds and themes around a backbone of American roots music. Featuring seven original songs, two modern covers, and one traditional spiritual, this album won’t disappoint lovers of the tradition, and will leave a number of modern listeners wondering why they don’t have more bluegrass on their playlists.