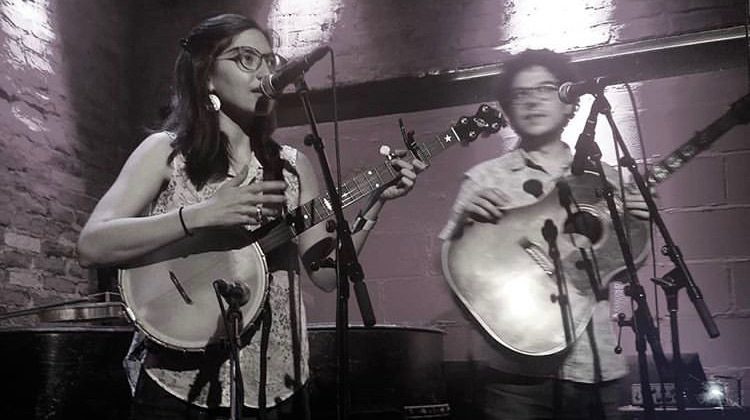 On Saturday, May 25 at 8:00 PM Andrea Asprelli & Jason Borisoff of ‘Cricket Tell the Weather’ present a concert featuring the music of Townes Van Zandt at the Nelson Town Hall. Admission is $15/$12(Sr/Jr/Advance).

This concert has been cancelled.

The music of Andrea Asprelli and Jason Borisoff takes listeners on a journey both familiar and new, timeless and timely. Beat poet Allen Ginsburg would say when new folk musicians came on the scene in Greenwich Village in the 60s, everyone wanted to know: “what does he have to say?” Andrea and Jason embrace this tradition, staying devoted to the craft of lyricism, while wrapping them in infectious melodies, delivered with an honesty that can be simultaneously dry, comic, and soulful. Founders of the FreshGrass award-winning band Cricket Tell the Weather, they’re now embarking on a duo project to feature new original songs in a pared down, intimate style.

Since September 2018, Andrea has hosted the Master’s Radio Series in Brooklyn, NY featuring the repertoire of influential songwriters and musicians in American traditional music. Andrea and Jason will perform selections from their tribute show to Texas songwriter Townes Van Zandt.