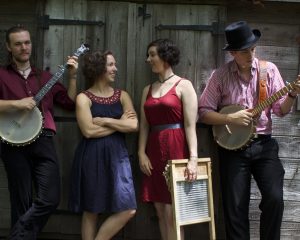 On Saturday, August 1 we’ll be presenting TWO shows with different setlists, one at 2:30 pm EDT so our friends in the UK and Europe don’t have to stay up all night, and one at 7:30 pm EDT for our US fans. You can watch either one, of course, or come to both!

The Monadnock Folklore Society regrets to announce the cancellation of the May 17 English Country Dance in Nelson, NH, due to concerns about affecting the spread of COVID-19 in our region. 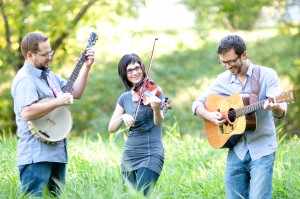 During all this chaos, the Stay at Home Music Festival brings you live broadcast music from your favorite international musicians straight to the comfort of your living room. Performances will be live-streamed from the individual Instagram accounts of the artists as well as on this website. Follow on Instagram @StayAtHomeFestival for updated artist roster and performance schedule!

Several performers that MFS has presented will be performing, including April Verch and Lissa Schneckenberger. 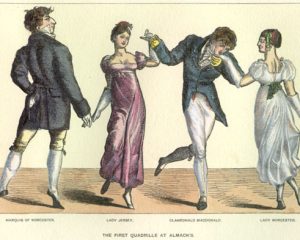 The Monadnock Folklore Society regrets to announce the cancellation of the March 15 English Country Dance in Walpole, NH, due to concerns about affecting the spread of COVID-19 in our region. 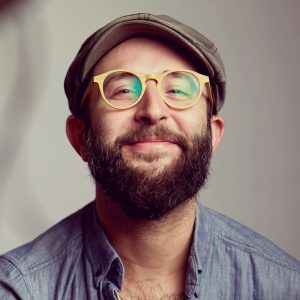 The Monadnock Folklore Society regrets to announce the cancellation of this concert, due to concerns about affecting the spread of COVID-19 in our region.

MFS welcomes Ethan Robbins, the guitarist/songwriter for Boston-based band Cold Chocolate back to the Nelson Town Hall on Friday, March 20 for an 7:30 PM concert. Admission is $15/$12(Sr/Jr).

Ethan Robbins is the guitarist/songwriter of Americana band, Cold Chocolate, a genre-bending Americana band that fuses folk, funk, and bluegrass to create unique a sound all their own.  Ethan began his bluegrass career at Oberlin College where he began to explore how this hard-driving fast-paced genre could be stretched. A classical violinist from age four, Ethan fell in love with the guitar when he turned fourteen and his father bought him five quintessential albums: The Band’s “Music from Big Pink,” Bob Dylan’s “Bringing it all Back Home,” John Hartford’s “Steam Powered Aereo-plane,” Hank Williams “Live at the Grand Ole Opry,” and the Grateful Dead’s “Workingman’s Dead.”  Ever since, Ethan has attempted to bring those raw, rootsy sounds into his own original material.His band, Cold Chocolate, has established itself as a force in the Americana genre.   Ethan and his band have shared bills with Leftover Salmon and David Grisman, and regularly perform at venues and music festivals up and down the East Coast.

Canceled due to COVID-19

We’re excited about being the first stop on Genticorum’s upcoming US tour on at 7:30 PM at the Nelson Town Hall. admission is $20/$17(seniors, students, or in advance) 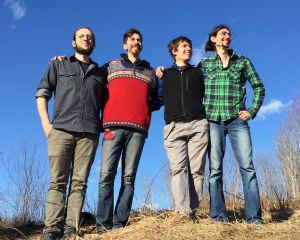 Contra dance is a fun, relaxed style of folk dance which has flourished in New England since the 1700s. Partners form lines and dance a short sequence of steps with their neighbors. Dancers are welcome to bring a partner or a group of friends, but it’s not necessary – traditionally, dancers are encouraged to change partners throughout the evening.

The dancing begins at 8:00 PM. The dance also hosts a free jam session for beginning and intermediate musicians at 6:30 PM and a workshop for new dancers at 7:30 PM.

Admission is $10 or $7 for students and seniors.

The dance takes place in the historic Town House in Peterborough, NH at 1 Grove Street. For more information call 603.762.0235 or visit www.monadnockfolk.org. The Monadnock Folklore Society has presented contra dances and concerts of traditional music since 1982. 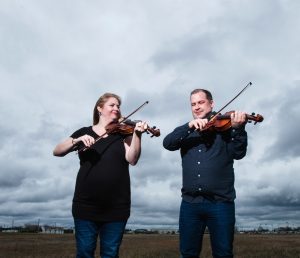 Two of the finest fiddlers from the East Coast of Canada in concert!

Andrea Beaton comes from a long line of Beaton and MacMaster musicians, which explains why her music is her own and deeply rooted in the Cape Breton tradition. Like her father and grandfather, she is a composer, adding fine new music to the island’s repertoire.

She tours internationally and is in great demand as a teacher at music camps. Her passion for Cape Breton fiddle, piano, step dancing, and comical stories are sure to delight any crowd.

Troy MacGillivray is from Lanark, a small community on the north-eastern shore of Nova Scotia. Troy’s commitment to music has spanned 30 years and includes both practical and academic accomplishments – most recently an M.A. in Ethnomusicology from the University of Limerick in Ireland. From as young as six years old, Troy was impressing audiences step dancing and soon after, fiddle and piano skills. His roots-centered approach has the power to inspire audiences and comes from a family of proud Scottish heritage where fiddle playing and Gaelic traditions runs in the bloodline. Troy is a recipient of the Queen Elizabeth II Diamond Jubilee medal for contributions to culture in Canada.

Separately they have strong careers that have brought them around the world playing and teaching from the North Pole to the Middle East. Solo recordings by both artists have been acknowledged with East Coast music awards over several years. Andrea and Troy share a musical ancestry – they are distant cousins where many of their relatives are excellent and prolific musicians!

Together these two accomplished solo artists offer a taste of Nova Scotia’s best traditional music. Andrea and Troy will captivate and enchant the audience with contemporary tunes fused with the music of their Highland ancestry.