The Nelson, NH Monday Night Contra Dance will take place at Heberton Hall in Keene, NH on Monday, November 3rd. The town of Nelson requires their Town Hall space in preparation for the election to be held the next day. Heberton Hall is located next to the Keene Public Library at 76 Winter Street.

The Nelson dance has been held every Monday for the past 33 years. The dance is well known for its community spirit, volunteer performers and excellent cookies. Dancers of all ages and backgrounds come from near and far. Admission is $3.00 and volunteer musicians and dance callers will provide teaching and entertainment as usual.

The dance will return to Nelson the following Monday, November 10th. For more information call 603.762.0235 or visit www.monadnockfolk.org.

The NH State Council on the Arts is helping to support an outdoor barn dance this weekend at the Concord Market Days. The dance will take place from 6:30-8pm on Saturday night 7/19 on their South Main Performance stage, which is kind of near the Co-op. We have Mary DesRosiers calling, Randy Miller on fiddle, and her son Conor Sleith on keys.

An Evening of Celtic and New England Fiddle Tunes

Fiddler Rodney Miller is joined by guitarist David Surette and pianist Gordon Peery for the final program of the Hancock summer bandstand concert series. The concert is on Thursday August 14th and starts at 7:00 on the Hancock NH Common. This concert is free and open to all. The trio will perform a concert of Celtic and New England fiddle tunes.

Rodney Miller was designated a “Master Fiddler” in 1983 by the National Endowment for the Arts. He is widely considered to be the foremost exponent of New England style fiddling, a uniquely American blend of French Canadian and Celtic influences. Over the past 35 years, he has toured the U.S., British Isles, Australia and Denmark, performed and taught at hundreds of music and dance festivals, and recorded over ten fiddle albums.

In 1999, Rodney represented the state of New Hampshire, playing traditional fiddle music at the Smithsonian Folklife Festival in Washington, D.C. He has also appeared on Garrison Keillor’s National Public Radio show “A Prairie Home Companion,” performed live with the Twyla Tharp Modern Dance Company, performed at the Lincoln Center in New York, and was recorded on the album Songs and Sounds of the Sea for the National Geographic Society.

David Surette is regarded as one of New England’s most accomplished guitarists in the folk tradition.  His solo albums “Back Roads” and “Trip to Kemper” have to establish him as a top player and arranger of Celtic fingerstyle guitar, yet his diverse repertoire also includes original compositions, blues and ragtime, traditional American roots music, and folk music from a variety of traditions, all played with finesse, taste, and virtuosity.

He also plays regularly with fiddler Rodney Miller, with whom he performed at the 1999 Smithsonian Festival of American Folklife, and with whom he has released two recordings. In addition to performing and recording, David maintains an active teaching schedule, and is head of the folk department at the Concord (NH) Community Music School.

Gordon Peery is known for his energetic and orchestral style of piano accompaniment for New England contra dance music. His playing has taken him throughout Europe, and, with Rodney Miller, he participated in the 10th Annual Shetland Islands Music Festival in 1987. He had the privilege to perform with the Irish band The Chieftains at Avery Fisher Hall at Lincoln Center, but considers it an equal honor to share the stage with a variety of local musicians at the regular Nelson Monday night contra dance.

While Gordon and David have both played individually with Rodney, their performances as a trio are rare. They are looking forward to the summer evening setting of the Hancock bandstand to deliver a performance that will have a delightful blend of polish and spontaneity.

Mill City Contra Dance
At the Mill Around, Amoskeog Mills

Dancing from noon to midnight

And the opening of the exhibit
Gents Bow Ladies Know How: Traditional Dance and Music in the Monadnock Region 1750-2015
Next door at the Monadnock Center for History and Culture
19 Grove Street

The Nelson Monday Night dance will be held at Heberton Hall (next to the Keene Public Library) at 76 Winter Street. 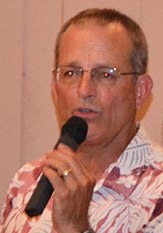 Caller Tod Whittemore has been calling dances for forty years, having been lucky enough to begin his career at the time when famous callers Ralph Page and Duke Miller were still active in the Monadnock Region. Tod has called dances all over the world, and is known for his humor, energy, and infectious love of dancing.

The Sugar River Band plays traditional fiddle music on fiddles, piano, and accordion. The group is led by Jane Orzechowski. Her musical children include: Francis who plays piano, bouzouki, and accordion; and Russell, Neil, Sophie who all play fiddle, piano and accordion. Traditional arts apprenticeship grants have helped to support each of them to learn contra dance piano playing from Bob McQuillen of Peterborough, NH.

The dancing begins at 8:00 PM, with an optional introductory workshop beforehand. Admission is $10 or $7 for students and seniors. An open jam session for beginning and intermediate musicians takes place from 6:30 – 7:30 PM.