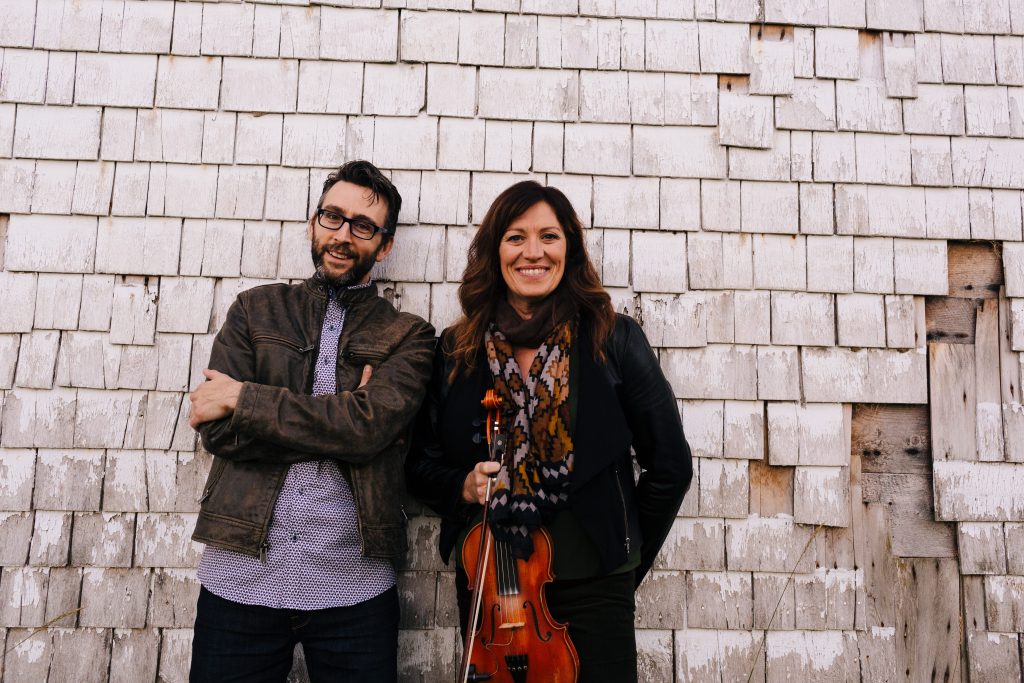 The Monadnock Folklore Society is pleased to welcome Cape Breton pianist, Mac Morin with fiddler Wendy MacIsaac back to the Nelson Town Hall for a concert of Cape Breton music on Saturday, November 16 at 2:00 PM. Admission is $15/$12(Sr/Jr).

As with most Cape Breton musicians, music for Mac started early and was humbly nurtured in the home. Step dancing came first, with his earliest steps and guidance provided for by his mother, Mary Catherine, herself a noted dancer who toured the UK and performed at the the World Expo in Montreal in 1967.

By 15, Mac was known as one of Cape Breton’s finest dancing performers and began teaching traditional dance in Cape Breton. He continues to travel throughout Canada, the US and Europe teaching/performing the traditional dancing of the Island with recent workshops at the Gaelic College (Cape Breton), Sabhal Mor Ostaig (Scotland), and the University of Limerick (Ireland). He has also recently performed several tours with Dannsa, a Scottish dance/music ensemble during the winters of 2009-2013.

Although piano was not his first display of the Cape Breton culture, it has become another element that Mac is now known for. Since he began to play nearly 20 years ago, he has managed to record and tour with many great performers including Yo-Yo Ma, the Rankin Family, Ashley MacIsaac, Allison Krauss, Dianna Krall, the Chieftains, Art Garfunkle, and many more. He was a cofounder/co-producer of the Cape Breton traditional group, Beolach, whose 2 albums were nominated for East Coast Music Award (ECMA). He has most recently recorded with Natalie MacMaster on her ECMA award winning album, Cape Breton Girl, and continues to tour with her throughout North America and Europe. On rare occasions when he is home in Cape Breton, he is highly sought after to lend his skills at dances, concerts, ceilidhs, and the house parties.

Wendy MacIsaac is a renowned fiddler from Cape Breton who has been playing music for over 30 years. She is recognized as one of the “old school” style of players who has kept the traditional sound going and has a deep respect for it. Wendy is also a sought after piano accompanist and step dancer.  Besides performing as a solo artist, Wendy tours with Mary Jane Lamond .

Wendy can also be seen performing with Heather Rankin and occasionally Beolach who she toured with for 11 years.

Wendy is in high demand for her skills at teaching the Cape Breton style of fiddling. She travels throughout North America and overseas as well as teaching from her home in Halifax.