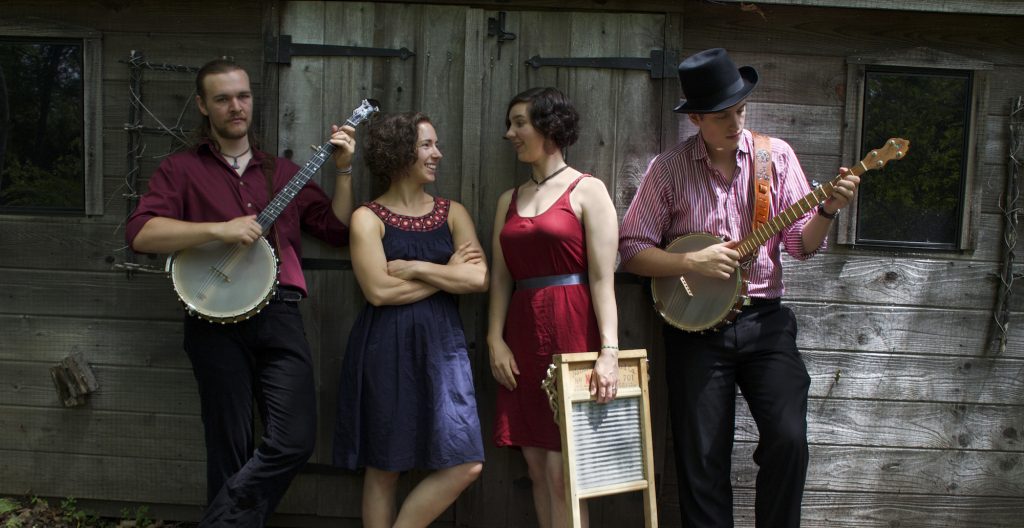 The Monadnock Folklore Society presents internationally acclaimed vocal band Windborne making an appearance at the Nelson, NH Town Hall on Saturday, September 8 at 8:00 PM. They are touring in support of their new project: Song on the Times: A Songbook and Album for Social Struggle. Admission is $15/$12(Sr/Jr).

Windborne was catapulted to wider recognition after a video of them singing a protest song from the 1840s outside Trump Tower went viral, gaining over a million views between YouTube and Facebook. Windborne had set out to raise $5,000 for the project, but ended up raising over $80,000 from 2,600 people, from every state, and 22 countries around the world!

Song on the Times is an illustrated songbook and album that collects music from working class movements for peoples’ rights in the US and UK over the past 400 years, and sings them for the struggles of today. The album features Windborne’s richly harmonized arrangements, accompanied by a book of beautifully illustrated lyrics and music alongside guest essays providing historical context from activists, singers, and scholars such as Eliza Carthy, Reggie Harris, John Sayles, Tony Barrand, and more.

The album has been getting rave reviews; SingOut! Magazine named it “One of the Best Albums of 2017” and praises Windborne as “Some of the finest singers of protest and folk music that I have ever heard.” No Depression writes: “Completely enthralled with them from the first notes…their harmonies are gorgeous,” and Blues and Roots Radio calls Song on the Times “Spectacularly good…utterly brilliant, a hugely impressive album.”

While all four singers had other careers, ranging from trapeze artist to dance anthropologist, the outpouring of requests for performances led them to make spreading this music and message their full time work, and they are now touring across the US and UK, with performances in 20 states this year. Their performance in Nelson is sure to be a highlight that will amaze and delight audiences! Full schedule at windbornesingers.com/events