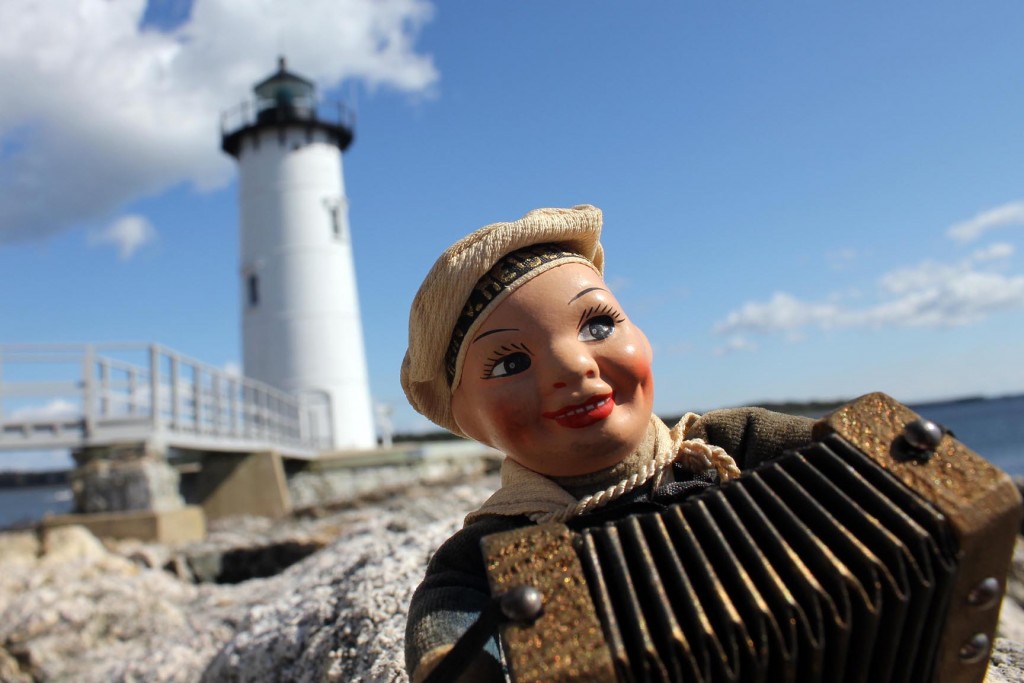 Gary Sredzienski returns to the Nelson Town Hall on Sunday, June 14 for a 7:00 pm concert. The concert will feature the versatility of the accordion and tales of the creek presented as only Gary can. His passion for music, the accordion, swimming, and life is infectious! Bring the family to this entertaining and educational performance by a true master. Admission is $12/$9(Sr/Jr).

Gary Sredzienski is an exceptionally versatile accordion player whose repertoire encompasses music from a wide range of world traditions and American music of the 1920s to 1950s. He also plays 1960’s surf rock, traditional ethnic, and his accordion compositions with his Portsmouth based group, the “Serfs.”

Gary has performed extensively in the United States and abroad in concert settings, festivals, and schools. In May of 2000 Gary was nominated by Congressman John Sununu to represent NH in a performance at the Kennedy Center Millennium Stage in Washington DC. In July of 2000 he performed throughout Romania on a tour sponsored by the Smithsonian Folklife Center, the State Department, and the Governor Jeanne Shaheen of NH. He represented NH at the Smithsonian Folklife Festival in Washington DC in 1999, performed at the American and National folk festivals and was sent to Quebec City for its 400th anniversary as a musical ambassador for NH by Governor Lynch  and recently played for the inauguration of Governor Maggie Hassan.

Gary has released a number of solo recordings on his own Bellows Music label. His compositions and music have been featured in a number of feature films and television sound tracks including, Paramount’s “Bad News Bears” and “A Team”, Eddie Murphy’s “Meet Dave,” and multiple major network television sitcoms.

Gary hosts a weekly 1950’s style ethnic radio show, “Polka Party,” on WUNH-FM and has a devoted following. In 1990, he was sponsored by the Edgewood Center of Portsmouth and his radio show listeners to undertake a national tour, performing for 93 nursing homes in 15 states over a five-week period. He was named a ‘Point of Light’ for his efforts. An avid swimmer, in 2008 Gary was the first to swim to the Isle of Shoals in winter and since has raised over $65,000 for 7 different charities in 7 winter swims. The NH charitibles Foundation gave a grant to write, produce, and perform a play on Gary’s musical life and swimming adventures through the Harborlight Stage Theater Company entitled ‘Creekman….. The Adventures of the Accordion Playing Merman.’