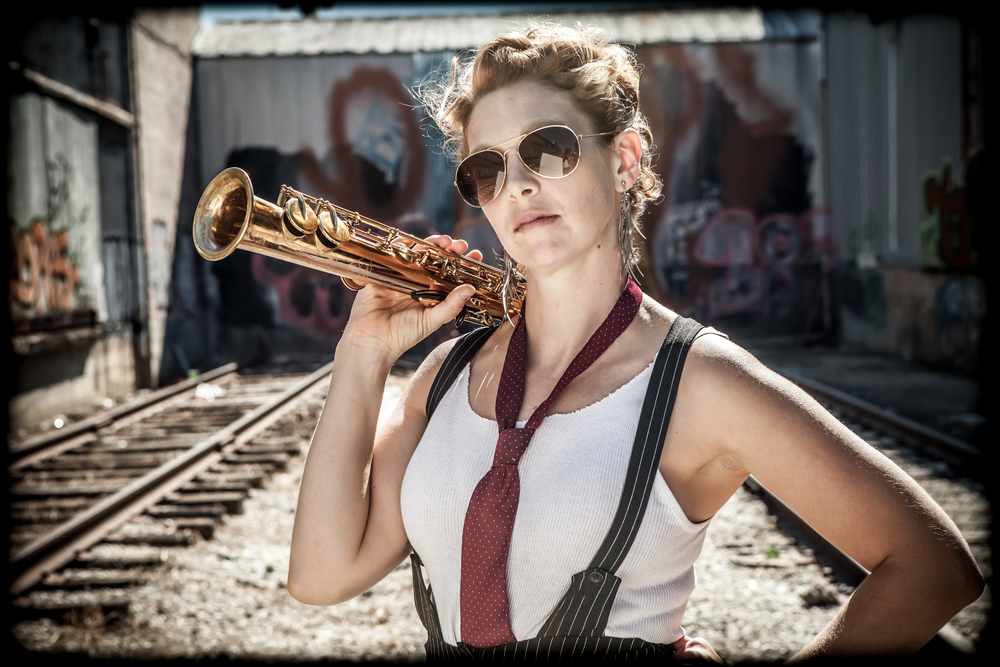 Join us for a special evening of traditional New Orleans jazz with Aurora Nealand and the Royal Roses at the Dublin School in Dublin, NH. This will be an outdoor event, weather permitting, Friday, July 3, 7:00 pm at the Fountain Arts Building on the Dublin School campus. The concert is co-sponsored by The Walden School, the Monadnock Folklore Society and the Dublin School and is free and open to the public.

The New Orleans Moonshiners, Meschiya Lake’s Little Big Horns, Panorama Jazz Band, Rory Danger and the Danger Dangers, Why Are We Building Such a Big Ship?—just a partial list of groups to which Aurora Nealand claims membership. But the Royal Roses, whom Nealand fronted at new Orleans’ French Quarter Fest, are a first. “This is the first group that has my name on it, which I feel funny about,” she says.

The Royal Roses grew out of the rich resurgence that traditional jazz is seeing in New Orleans amongst the younger generation of musicians today. Saxophonist/vocalist Aurora Nealand has been playing in various groups in New Orleans since 2005, and the Royal Roses, founded in 2010, is her first venture as a bandleader. The Royal Roses draw their repertoire heavily from Sidney Bechet, Django Reinhart and traditional jazz of New Orleans. Comprised of some of the finest young players on the New Orleans music scene today, the Royal Roses are seeking to breath new energy, arrangements and compositions into this genre of music while exploring and learning from its rich history and tradition. They’ve performed in New Orleans at the French Quarter Festival, Satchmo Festival and Preservation Hall, as well as in NYC at Lincoln Center Out of Doors Festival. Their first album “A Tribute to Sydney Bechet: Live at Preservation Hall” was released in 2011 to national acclaim. Their second album “The LookBack Transmission” was released in 2014 and includes original and traditional compositions including one Ms. Nealand wrote for the HBO series “Treme”.

The Royal Roses rotating cast of characters fronted by Aurora Nealand on vocals and saxophone has included many of NOLA’s finest musicians, you won’t want to miss this concert!