Adina Gordon is one of the most well traveled callers in the United States. She teaches with clarity and precision, and her style is so relaxed you almost don’t know she’s telling you what to do, until you realize you’ve done it. 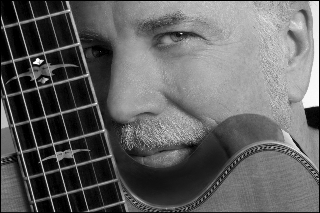 John McCutcheon wasn’t supposed to become a folksinger.  He was headed for a lucrative career as a social worker in migrant labor camps.  But Woody Guthrie got there first.  He heard the songs of the Dust Bowl refugees, the Grapes of Wrath stories that crackled on the airwaves of early 1960s radio and knew something else was going on.  While still a college student, the oldest of a large Irish Catholic family, John took up the banjo “to help keep myself sane” and went off the deep end.  He heard recordings of Roscoe Holcomb and Clarence Ashley, walked out to the end of the college road, stuck out his thumb and never looked back.

He ended up roaming the Appalachians, trading a university classroom for the front porches, picket lines, union halls, churches, and square dance barns of his adopted home.  Under the tutelage of some of the greats of traditional Southern music he quickly mastered seven different instruments, became an insightful and powerful singer of traditional songs, and honed an ear for a good story.  Songwriting, storytelling, social activism all met and finally made sense.

From this series of chance beginnings John McCutcheon has become what one Australian paper called “the most overwhelming folk performer in the English language.”  His mastery of American folk music and instruments, complemented by “storytelling that has the richness of fine literature” (Washington Post) weave intimate, insightful and often hilarious canvasses on which McCutcheon draws his vision of Americana.  His songwriting, rich in detail and broad in scope, have created a catalog of hundreds of songs covered by performers throughout the world.  His classic Christmas in the Trenches has been repeatedly cited as “the greatest anti-war song ever written” and is the subject of an annual, coast-to-coast special on CBC.

His concerts are international sold-out hits from Russia … where Pravda noted “McCutcheon … is the most versatile and compelling performer this reviewer has ever seen”… to Dallas …“calling John McCutcheon a ‘folksinger’ is like saying Deion Sanders is just a football player …” Dallas Morning News.  Critics reserve their most lavish praise for his mastery of the rare and beautiful hammer dulcimer, an instrument on which he is an undisputed world master.

Equally at home in the recording studio, John has produced over twenty-five albums in as many years.  He has garnered an amazing five consecutive Grammy nominations, been awarded every imaginable award in the independent record industry, been featured on public radio throughout the world, and brought joy to millions of listeners from Seattle to Sydney.  Additionally he has produced documentary and educational recordings, written for numerous publications, authored children’s books, chaired literacy campaigns, championed grassroots organizations throughout the world, promoted international musicians, and is even currently the president of the most innovative and fastest growing local in the musicians union.

MFS presents Kimberley Fraser with special guest Mark Simos at the Nelson Town Hall on Saturday, May 16th, 2009, at 8:00 PM

Kimberley Fraser will present an evening of Cape Breton music at the Nelson Town Hall On May 16, 2009 at 8:00 PM.

Kimberley Fraser was born on Cape Breton Island, and nurtured within its rich musical heritage. She first began to impress audiences at the age of three with her step-dancing talents. Soon after that she took up both the fiddle and the piano. Like many in Cape Breton, music is not new to Kimberley’s family. She proudly owns the fiddle of her great great grandfather, spanning the musical tradition within her family over a hundred years.

Though still in her early 20s, Kimberley’s career is already a distinguished one. She has traveled the world, from Victoria to Afghanistan, bringing Cape Breton music with her wherever she goes. Dan MacDonald of the Cape Breton Post says this about Fraser’s versatility, “She has matured to become one of the stellar players of the Cape Breton fiddle tradition, equally at home at a house party, playing for a square dance or on stage for a concert in Bras d’Or or Boston, Scotsville or Scotland.” She has played with Cape Breton’s finest, including Ashley MacIsaac, Natalie MacMaster, Gordie Sampson and the late John Allan Cameron. Internationally, Kimberley has shared the stage with such notables as Alasdair Fraser, Lunasa and Martin Hayes. Kimberley is also in demand for her piano skills, accompanying various Cape Breton fiddlers at home and abroad. She had the honour of being the pianist for the acclaimed Irish musical group, Cherish the Ladies, during their tour of Sweden in May of 2004. Her impact upon the music of Cape Breton has not gone unrecognized. In 2000, Kimberley received the Tic Butler award for significant contribution to Cape Breton culture.

Kimberley’s latest accomplishment includes the release of her second studio album, Falling on New Ground, that won the 2008 East Coast Music Award for best Roots/Tradtional Album of the Year. This self-produced album reflects on her experiences and growth as a musician since the release of her first studio album Heart Behind the Bow in 2000. She is backed by the highest caliber of musicians such as Cape Bretoners Tracey Dares MacNeil, Sheumas MacNeil, Troy MacGillivray, Stephanie Wills, Brian Doyle, and Gordie Sampson as well as Halifax guitarist, Dave MacIsaac and the acclaimed Montreal Jazz drummer, Richard Irwin. Kimberley also recruited much sought after international musicians such as Irish flutist Nuala Kennedy and banjo player Damian Helliwell of Scotland, as well as the duo of Harald Haugaard and Morten Alfred Hoiup of Denmark. These musicians represent just a small portion of the many musical friends Kimberley has made during her travels. Falling on New Ground demonstrates Kimberley’s many talents and versatility. Each track of the album brings something new to the listener, from the exciting variations on “Mason’s Apron” to the soulful jazz influenced piano solo, “The Braes of Auchtertyre”. Kimberley’s ability to combine traditional music with a fresh approach has “Falling on New Ground” truly fall onto new ground.

This event will be an introduction to the pleasures of English Country Dance and is designed for both contra dancers and experienced English dancers. All are welcome and no partner is required. Bring clean shoes to protect the floor.

He helped start the Strafford (VT) Ball, a Playford country dance event, and he
helps set the program each year for that event. He leads a regular English
country dance series in the Upper Valley region of New Hampshire and Vermont and
he has shared his love of English country dance at such varied venues as
Pinewoods, the John C. Campbell Folk School in Brasstown, NC, the regular
English dance series in Boston, the Brattleboro Dawn Dance, balls in upstate New
York, and in such far-flung locations as Atlanta, New Mexico, Winnipeg, and
Copenhagen. In addition to leading sessions for experienced dancers, he has
enjoyed introducing English country dances at international folk dance camps, to
groups of hard-core contra dancers, and with dancers in such overseas locations
as Prague and Zurich.

Millstone is also a dance historian and videographer who has completed
documentaries about Bob McQuillen, Dudley Laufman, and Ralph Sweet; he is
co-author of Cracking Chestnuts, a look at some classic contra dances, being
published by Country Dance and Song Society. He was a member of the CDSS
Governing Board for six years.